This was one of Nabeel’s favourite nursery rhymes when he was a year old. Guess, since then he had this secret wish to become a fire-fighter one day!
Nabeel’s joy knew no bounds when he finally become one at KidZania, Mumbai – an indoor theme park where education meets fun!

KidZania is a land full of activities that the child can enact and experience.
Open to kids from the age 2.5 to 16 years, the basic concept revolves around children getting to “be” what they want at the same time earn and spend some money, KidZania money called KidZos.

The entire show runs around earning and spending KidZos while performing roles of one’s choice. There is a sign displayed outside each establishment which gives a brief explanation of the task to be carried out, suggested age of the child to perform the activity, whether one will earn or spend the KidZos, time taken to carry out the activity and the activity center capacity.

One can either choose to spend first and earn later or vice versa. Earning is as easy as spending and every activity is an eye opener for the child. A world of people, professions, life lessons open up for the young souls who wouldn’t know anything beyond their world of cartoons.

We entered the make believe world of KidZania by taking an Air KidZania flight. As expected, the first role play Nabeel chose to do was that of a fireman…he was simply thrilled by the whole idea of getting into a fireman’s uniform, hopping onto the special truck and drive around the city to douse fire that engulfed a hotel. He had to spend some KidZos to experience this all and so started the process of earning and spending.
Next in line was the Police Academy, Culinary School, Energy saving department, Painting job, Construction site and Operation theater activity. Phew! Performing the jobs earned him a lot of KidZos and definitely a new perspective towards money and those lesser appreciated jobs. 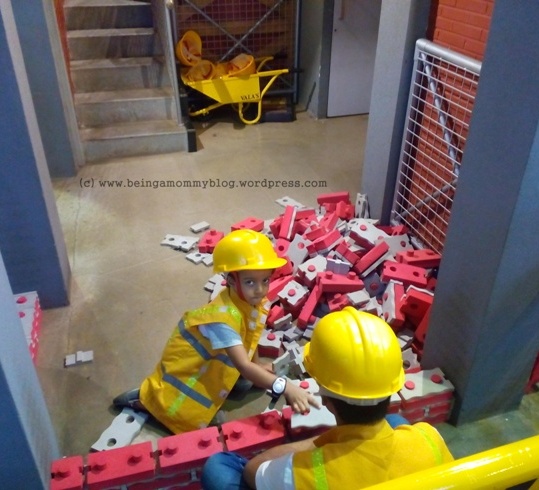 Then was the time to go spend some KidZos. Donning the factory worker’s uniform, Nabeel learnt how some of his favourite food items namely Chocos, Donuts and biscuits were manufactured. He also got to keep what he made which made him very proud of the entire feat. 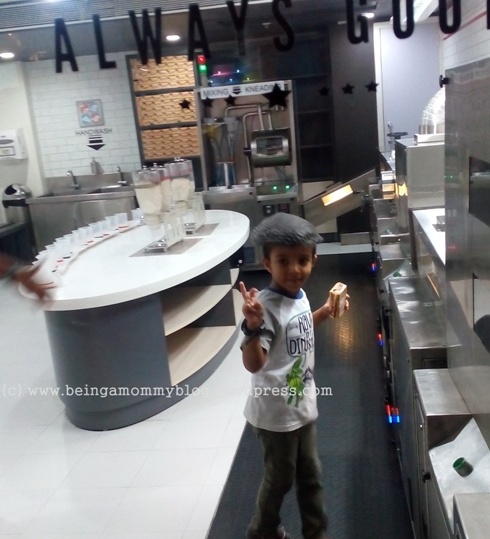 In between performing serious roles, Nabeel also had some light moments dancing to the KidZania song to ring in the hour at the clock tower, got a face painting done and played the keyboard for a live audience at the theater.

While Nabeel was busy with his jobs I was busy admiring the park which was nothing short of a movie set. The entire set up of a city complete with cobbled roads, cute retail establishments, European style eateries, a clock tower, a theater, a hotel, a departmental store, etc had me awe-struck! 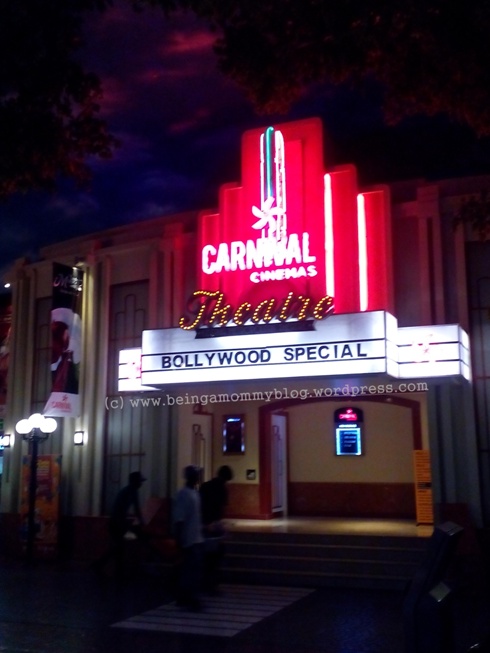 I observed most of the park staff to be young and energetic. They were well informed and eager to help kids do their task.
Proper signage’s to maintain discipline, during peak days and help guests navigate around the city were strategically placed across the park.
At the end of the day, Nabeel had duly performed the roles of a fireman, policeman, painter, engineer, construction site laborer, chef, musician, surgeon, clock tower manager and food factory worker. In all, 12 role plays done, in a span of 3 hours. Phew!
Quite a few role-play activities were left undone due to time constraints but we plan to cover them in our next trip, soon.

KidZania is currently celebrating their 3rd anniversary and there are some great offers available till end of this month. Further details can be found here

I would like to thank the JAMM’s Network for this opportunity to visit KidZania.

Till then, Love Being a Mommy!